The City of Spruce grove had been dealing with several consecutive summers with low levels of precipitation. Spruce Grove approached Hello Public to develop a versatile campaign that is amusing and memorable. We developed the idea of household fixtures attacking unsuspecting residents. We created a scenario for each location in the house. In addition to the illustrations, memorable water conservation "proverbs" were also developed to help accompany the campaign images on social media and the website.

GET CLEANED UP. DON’T GET CLEANED OUT. Running water goes right down the drain. You can save thousands of litres of water every yearby turning taps off while you’re shaving, brushing your teeth, or washing your hair in the shower. 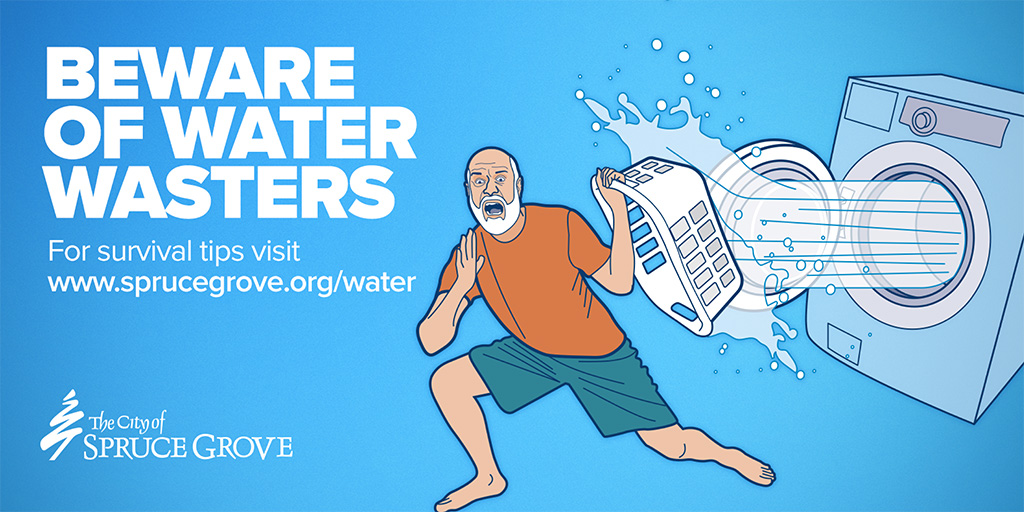 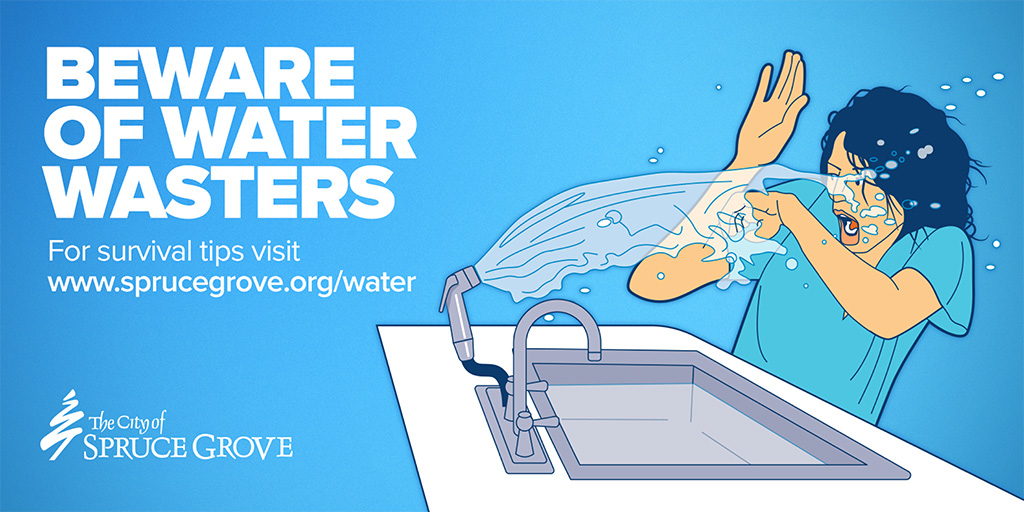 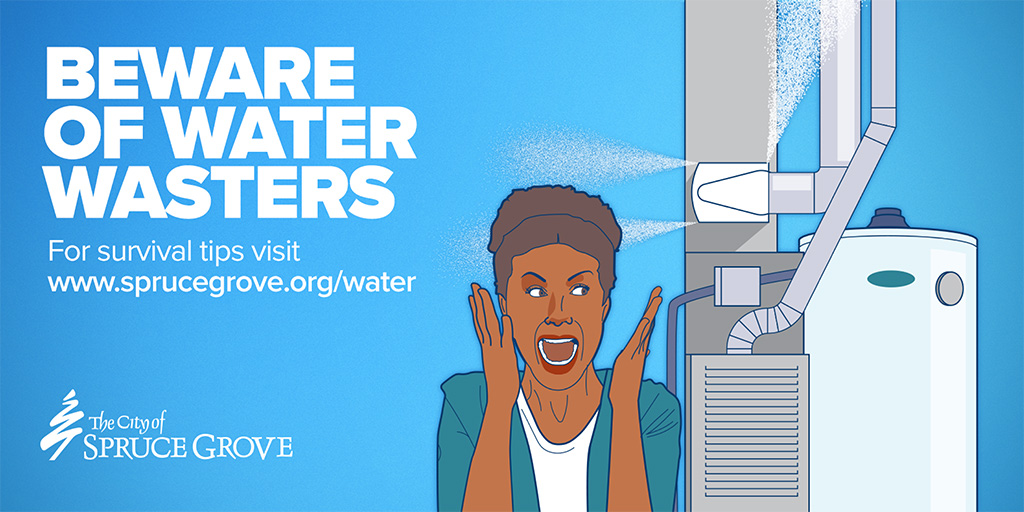 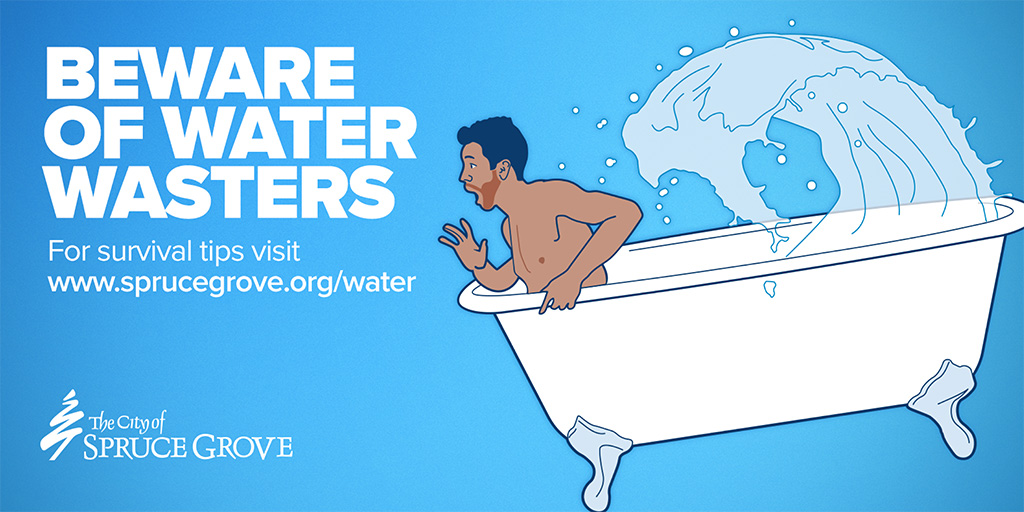